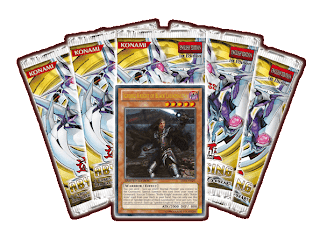 The Yu-Gi-Oh Abyss Rising Sneak Peek will be held at Galaxy in Naperville (10am) and Sugar Grove (4pm) on Saturday, 11/3/12.In addition to the (5) Abyss Rising booster packs and a bonus promo card for $20, we'll raffle out many FREE speci
ally made playmats!

We'll also run sanctioned tournament or casual play as you want. All for a day of fun and game at Galaxy!!

A new power rises deep beneath the surface of the seas with the 100 new cards in Abyss Rising!

This WATER-type related set brings many treasures from the depth of the ocean to support and round up recent Deck themes, like Prophecy, Heroic Champions or Madolche that were introduced in Return of the Duelist. Besides, Abyss Rising also brings up an all new theme with the mighty Mermails, led by the huge Mermail Abyssgaios that can stop all monsters Level 5 or higher from attacking!

Fans from the beginning of Yu-Gi-Oh! will love Giant Soldier of Steel that brings a new twist to an old fan favorite card, making it the ultimate protector against the opponents’ attacks.
The cards included in Abyss Rising also provide a great way for players to customize and strengthen their Realm of the Sea Emperor Structure Deck or to give a new boost to their older WATER Decks.

Did you know? Galaxy Stores has over 500,000 single cards in stock, and fully searchable via our online database - find any player or card you want, which we all store on-site! You can preview our selection at ChicagoCards.com.

Search our single card inventory:
Follow us on Facebook and Twitter for the latest arrival of new products (wax packs, boxes and other memorabilia) and customers' big pulls!
Or call us at (630) 637-0187.